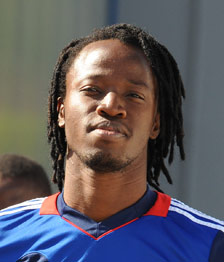 Widely criticized for his irregularity, Bakary Kone was out from a little complicated season in the Olympique Lyonnais.

The Burkinabe international has returned to the competition after a long absence. With Dejan Lovren discarded and Milan Bisevac suspended, the Stallion has found a place of holder in the central defense of Lyon.

His coach, Remi Garde, talked of him on Wednesday at a press conference.
“His quality is that it is a great teammate. He is a man with high values vis-à-vis the team, his partners. He never had a bad mood. He worked hard for his return. He was ready, “said the technician.