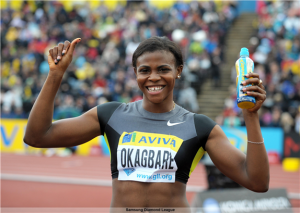 Nigeria’s Blessing Okagbare is shown on Saturday on the athletics field at the meeting of the Mount SAC Relays.

The best performance of the season on the distance.