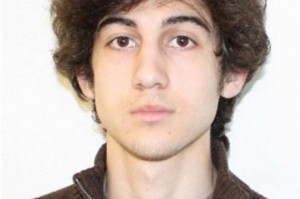 Suspect number one in the Boston attack, after the death of his elder brother, Dzhokhar Tsarnaïev hospitalized in serious condition, regained consciousness and answer questions from investigators announced AFP that relays the American media.

Tsarnaïev, 19 years began to answer the FBI questions by writing on Sunday, after he regained consciousness.

The young American of Chechen origin is believed to be with his older brother perpetrators of bombings during the Boston Marathon that killed three people and injured 180 people on April 15. He would be “intubated and sedated,” according to CNN.

The challenge for the investigators will be to have information about the reason of the attacks. Are they linked to a terrorist group, or were they isolated incidents, were they manipulated? These are all questions which answers depend on the ability of Dzhokhar Tsarnaïev to recover from his injuries (in the neck [which would be due to a suicide attempt] and to the leg).

Boston police floors for a large-scale planned act “It is my conviction. They were preparing other explosive devices and other violence was inevitable, “says the head of the Boston Police Ed Davis. An assertion that surprised the father of the suspects, Anzor Tsarnaïev “It is true that Tamerlane (elder brother) became very religious after marriage and went to the mosque every Friday (…). But he was a good Muslim and could not do what he is accused of, “said in an interview Anzor Tsarnaïev. And continue about Dzhokhar, arrested after a 24-hour hunt:” he had big plans of becoming a doctor, to open his cabinet and settle here (Russia).”