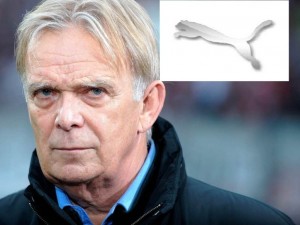 If one believes the Cameroonian publications, the German technician Volke Finke will be the next coach of the Indomitable Lions. Sustained by the actions noticed for several weeks from the leaders of local football in the press statement.

According to camnews24 site, “the trick was cast a long ago. The call for applications for the position of coach of the Indomitable Lions launched on 22 April by the Sports Minister, Adoum Garoua and whose short-list is expected shortly is a pure circus expertly played by FECAFOOT and under cape, by Puma, the equipment supplier of the Indomitable Lions. “

Volke Finke would be for several months the natural choice of Cameroon and the heart of a secret agreement between the firm Puma, supplier of the Indomitable Lions and FECAFOOT. Suddenly, the 48 hours call for applications launched this week is pure farce. Finke was also previewed on March 24 in Yaounde in the stands of  Ahmadou Ahiodjo during the meeting Cameroon-Togo (2-1) in the 2014 World Cup qualifiers.

Also according to our colleagues, the recruitment of Finke has been carefully crafted by Puma in its last lease renewal with FECAFOOT with a 50% increase in premiums. Unheard of. If all these secrets are at the stage of suspicion, counting of the hundreds of applications and the publication of the short-list will soon inform everyone.