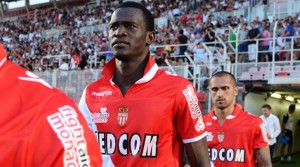 Ibrahima Toure and Monaco may tonight be crowned champions of Ligue 2 in France at the end of the 34th day. The leader of the Ligue 2 only needs a win to sign its comeback in the elite of the French football. Against Sedan, which is in the relegation zone, it can happen.

The Senegalese scored 16 goals since the start of the season in Ligue 2. But next season, the former player of Wydad will see his place challenged by new players who will come to strengthen Monaco. Crazy rumors are already circulating (Ruffier Valdes, Lisandro, Sakho, Menez, Gonalons, Gourcuff, Falcao, Tevez, Moutinho, Kondogbia …), with the financial strength of Dmitry Rybolovlev ($ 9.1 billion, 119th in the Forbes ranking).

For now, it is the title and the top scorer awards that concern the Senegalese.