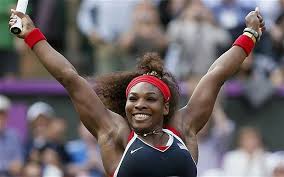 Serena Williams continues to lead the WTA rankings released on this Monday. The American is ahead of the Russian Maria Sharapova and Belorussian Victoria Azarenka second and third respectively. Maria Sharapova guard this position due to her victory this Sunday in Stuttgart against the Chinese Na Li who maintain also her fifth place behind Agnieszka Radwanska of Poland (4th). The first French is 14th. It is Marion Bartoli. The top 15 remained unchanged.

Ana Ivanovic who shakes Sharapova in the quarterfinals of the tournament in Stuttgart gained only one place in the top 20 and occupies the 16th place. In the beginning of this month, Serena Williams won the tournament in Charleston by dominating in the final, top-seeded No. 9 Jelena Jankovic in 3 sets, 3/6, 6/0, 6/2.