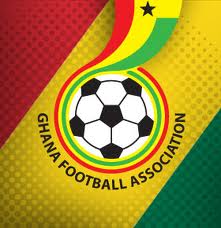 The Black Stars of Ghana would play a friendly match in June against the Harambee Stars of Kenya, a statement on the Ghana Football Association has confirmed. According to the Ghana FA, the friendly match will be played in Nairobi on 1st June ahead of their crucial World Cup qualifiers. The team would be camping in Nairobi ahead of their crucial 2014 World Cup qualifiers against Sudan and Lesotho in June.

“We have reached an agreement to play Kenya in a friendly as part of our preparations for our World Cup qualifiers in June,” Ghana FA president Kwesi Nyantakyi, said. The Football Kenya Federation (FKF) President Sam Nyamweya has confirmed receipt of Ghana’s request to play against the Harambee Stars. The match will come ahead of Kenya’s 2014 world cup qualifying match against Nigeria four days later and Malawi on the 12th of the same month. Nyamweya confirmed that he had received confirmation of the tie from the Ghana FA that the Black stars will play Kenya in Nairobi on Madaraka day. “We are very pleased that we will be hosting Ghana as a warm up match for the game against Nigeria and Malawi.

This is a crucial match for our ambitions to reach the world cup in Brazil next year,” Nyamweya said. “I am confident that we can win all our three remaining matches and make history by qualifying for the world cup and we as a federation are putting all stops to ensure that the coach, Adel Amrouche and his boys are in the best possible shape for the three matches,” the Federation boss added. The stars group of twenty five home based players moved into residential camp at Kasarani over the weekend and according to the team is shaping well for the Ghana clash.

Amrouche has prepared a training schedules that will culminate in the friendly against Ghana with Stars home based players having three more sessions between 7th-9th May and two more between 14th-16th and 21st to 23rd May with the last session which will involve foreign based players kicking off on the 27th of next month with no break until after the two qualification matches Ghana are second in Group B on six points, one behind leaders Zambia while Kenya sit bottom of group F with two points in the African qualifiers from the Brazil 2014 FIFA world cup but wins over Nigeria, Malawi and Namibia will propel them into the final round of the qualifiers.