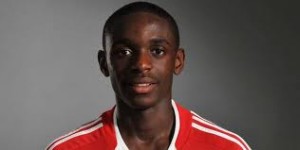 Would he have already said yes to Claude Leroy? For the moment, it is only simple phone calls. Chris Mavinga was contacted by the coach of DR Congo for the playoffs of the 2014 Brazil World Cup.
Suspended from all national teams until December 31, 2013 for having be in nightclub between two matches France Espoirs, the Franco-Congolese is on the figure of the convened for the meetings of June

“He was in the pre-lists before his little problem with Espoirs, said the coach of the DRC to l’Equipe. After that, we should know if his suspension is also worth of the other federations. “

The Leopards of Congo will face Libya on June 7 and Cameroon on June 16 on behalf of the 4th and 5th day of the Brazilian World Cup playoffs.