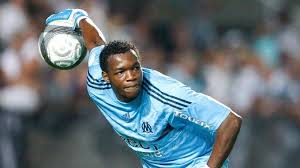 This is an amazing info! While he should play the Champions League with OM next season – victory yesterday against Bastia. According to Le Journal Du Dimanche, Monaco would make the forcing to poach Steve Mandanda!

It moves in Monaco which this morning unveiled the standoff that opposes it to the FFF (French Football Federation) which demandes € 200 million to solve the dispute on the location of its head office!

What will be the final decision of Steve Mandada?