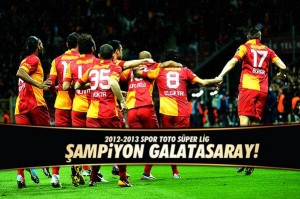 First trophy in Turkey for Didier Drogba. The Ivorian as his African teammates Emmanuel Eboue, the Cameroonian Danny Nounkeu, the Moroccan Nordin Amrabat have won the second national consecutive title Sunday with Galatasaray. This, two days from the end of the season.

The Istanbul club must owe this coronation to its 4-2 victory against Sivasspor. A double of Inan and another of Burak Yilmaz sealed the fate of this match. Bekmezci and Özkara reduced the score for Sivasspor. This is the 19th national title for Galatasaray.

Drogba had not won a collective trophy since May 2012 and his European title with Chelsea in the Champions League. A short disappointing spell in China at Shagai Shenhua and the captain of the Elephants starts to win.