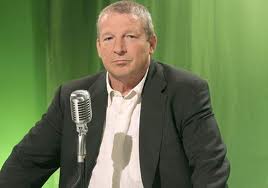 Reported sick and absent during the elimination of his club USM Alger in the CAF Cup, Roland Courbis as a sports consultant, was on the sets of RMC to congratulate Marseille’s win against Bastia (2-1) after the 34th day of the League of France.

For the former coach of Marseille, the men of Elie Baup conducted a champion journey.

“Today, we talk all the time of Om, whatever their level – which is also pretty good at the moment. Yet we constantly stopped on the fact that they win by scores of 1-0 or without the most flamboyant game of League 1. But it has a short memory! We would sometimes think about what we said about them in June. They attacked the season with 12 or 13 players and a schedule focusing the Europa League. We should take a little patience and say that despite all the problems they had, they arrived in December with 38 points, two per game. Mathematically, it is nine times out of ten the journey of a champion”