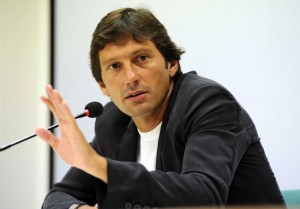 should be punished according to the facts!”

José Quiniou, the most famous French referees confided to the team, while in a few hours the committee will tell whether the PSG sporting director should be punished or not after his presumed assault on the referee, Alexander Castro, at the end of the match PSG-Valenciennes.

“He should be punished according to the facts. Once again, if the facts are true, we cannot accept that. The Disciplinary Committee cannot just keep quiet about this behavior.”

“We should look at the report of the referee and replay images well. I did not review ten times, so it is difficult to draw conclusions. But it seems to still be an inappropriate gesture. If, in any case, the facts are true, it is not acceptable. We call into question the physical integrity of the referee. We smear his honor and questioned the whole corporation. You should see all the consequences that such an action may be at the departmental level, but also Districts and Leagues, it is often forgotten. There is a duty to set an example and a notion of respect that should be imposed on everyone. Whatever frustration, we do not have to react this way. It is not conceivable. “

Review the defense of Leonardo and the video