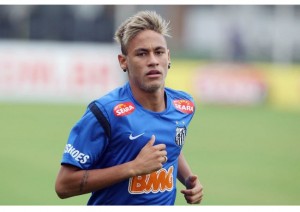 According to Spanish publication Sport, Roc Nation are making plans to invest heavily in sport, having already recruited New York Yankees second baseman Robinson Cano to their roster, and Neymar has now been identified as a key acquisition.

Along with Neymar, Jay-Z and Roc Nation are reported to be looking at his compatriots Leandro Damiao, linked with Tottenham, and Paris Saint-Germain youngster Lucas Moura, who joined the French club last summer.

The apparent interest in Neymar from Jay-Z, husband of pop queen Beyonce, reinforces the Neymar position as one of the most highly-coveted footballers in the world both on and off the pitch.

But the big splash would certainly be Neymar, who is expected to join soccer superpower Barcelona of Spain’s La Liga later this year.