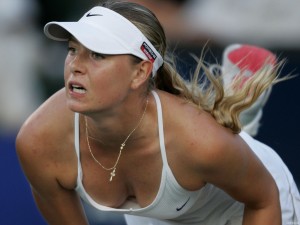 Supremacy has been met. The world No.1 has dominated her runner in the final of the Madrid tournament on Sunday. The American Serena Williams on this occasion raised her 50th trophy. The Russian Maria Sharapova in turn aligns an 11th straight defeat. However, she acknowledged the superiority of her opponent to our colleagues of Eurosport.

“Serena is definitely the strongest player, the most powerful I’ve faced. She is strong, confident, she achieved so much in her career … but if I get on the court to play against her, it’s a nice challenge to reveal because I am a great competitor. “

“Every situation is different, I did not feel particularly nervous today, and I am used finals and Serena either. I started slowly, they cannot give her that since she plays very well when she is confident. Start the game as it does get me anywhere. “

“If it was the first year s of my career I had the opportunity to become the world number one, it would have played a role. But I just reacted too slowly. “

“It’s hard to lose in the final, but my preparation was positive. There are still two or three things I want to do before Roland Garros, but it was a good week. I’m happy to have reached the final for the first time. “