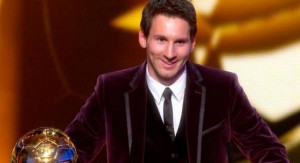 Getting ready to roll out the red carpet for the world’s best player. The Senegalese publications of the day announced the arrival of Lionel Messi next month in Dakar, through the launch of a program to fight against malaria.

“Messi gave his picture to the Academy for use in the project. It is thanks to Josep Golomer, former athletic director, who did sign Messi in Barcelona. They have links dating very long. He explained the project. Messi said he will get involved and participate if his schedule permits. He may come to launch the project and his presence will bring a lot to encourage children who are the first target, “said Lamine Savane, director of Aspire Football Academy, a Qatari Foundation.