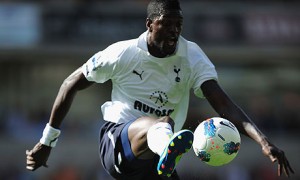 Emmanuel Adebayor does not seem to be shaken by the information concerning his transfer to Monaco or other destinations. The captain of the Hawks of Togo is more focused on the end of the season by scoring goals on goals; he hopes to better relive the Champions League and this time with Tottenham:

“I had the chance to play in the Champions League and when you enter the tunnel and you hear music, you want to relive it again. We still have a game to play. Against Stoke it was very important and we all knew we had to win. Stoke had a goal quickly and it was important for us to keep confidence. We succeeded and we scored the goal that gave us the victory (2-1), “said Emmanuel Adebayor to Eurosport.

The Togolese played the Champions League with Monaco, Arsenal and Real Madrid.