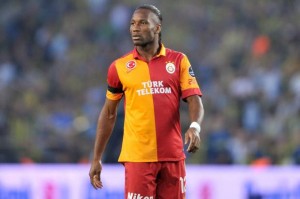 Usually, Ivorian star Didier Drogba knows how to keep quiet, but it seems, this was too muhc for him. Galatasaray striker has hit out at racist Fenerbahce fans who bombarded him and fellow Ivorian Emmanuel Eboue with monkey chants during the two sides meeting last weekend.

The former Chelsea star posted a message on the Turkish champions’ Facebook page and also published a photograph depicting Charles Darwin’s theory of evolution on the social media site Instagram.

“You call me a monkey but you cried when Chelsea beat Fenerbahce in 2008, you called me monkey but you jumped in front of your screen when I won the Champions League,” Drogba wrote. 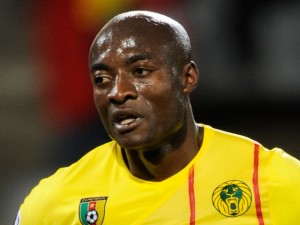 “You called me monkey but you got mad when I became Champion with Galatasaray and the saddest thing is you called me monkey and forgot that you jumped (when) my ‘monkey’ brother scored twice yesterday,” he added, referring to Cameroon striker Pierre Webo, who scored both goals in Fenerbahce’s 2-1 win on Sunday.

“And you call yourself a true fan?? Check all the Galatasaray fans comments and learn from them,” he added.

Drogba and Eboue were whistled by sections of the Fenerbahce fans, some of whom also waved bananas in the penultimate match of the Turkish league.

The match was overshadowed by the death of a Fenerbahce supporter, who was stabbed by a Galatasaray fan, according to media reports.

It was yesterday confirmed that a Fener fan was killed on the way home from the game after he was attacked by a group reported to be Galatasaray fans.