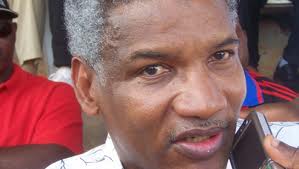 Suspended (7 years) from the administration of any public company for mismanagement found in the Cameroonian Cotton Company (Sodecoton), widely criticized for a chaotic management and conflict with the captain of the Indomitable Lions of Cameroon Samuel Eto’o, the President of the Cameroonian Football Federation Mohamed Iya has not given up.

His nomination was confirmed by the electoral commission to seek a new mandate. He will battle with two other candidates; it is about John Begheni Ndeh, former Transport Minister and Vice President of the Executive Office of Fecafootf.