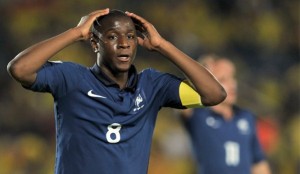 Lyon that occupies the third place ahead of Lille and Nice (60 points each), needs a draw to be on the podium. The Gones are moving to Nice on behalf of the penultimate day of the Ligue 1. The stakes are recognized by Gueida Fofana.

“Given the standings, it will be electric, he argues. Nice will be determined to win us in order to come ahead of us. We can widen the gap even before the last day, so it will be strong and intense, “suggested the French of Malian origin in the columns of L’Equipe.

Lille also in trap can expect a draw between Lyon and Nice to wrench the 3rd place before the last day. Rudi Garcia‘s men are moving to Montpellier.