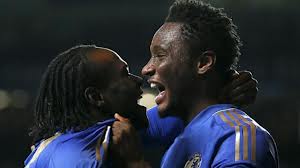 According to the Daily post, Stephen Keshi has given John Mikel Obi and Victor Moses permission, to stay back in London and help Chelsea seal an automatic spot in next year’s Champions League competition.

“Mikel and Victor will stay behind to help their club in their last league match. We all know how important that game is to their club and we don’t want to stand as a stumbling block to the club’s ambition. So they will stay behind and join us later and I believe they will cope with us when they return,” Keshi said, shortly before the home-based Super Eagles left for Germany on Thursday night.