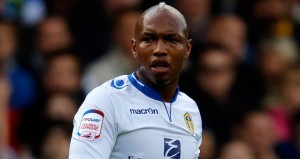 It is reported by our colleagues from the website Senego.com. The Senegalese international El Hadj Diouf had a difficult Saturday night at a restaurant called “FIVE”.

The bad boy of the Senegalese football was beaten by two friends exceeded by the behaviors of the player. According to reports, after a drunken show with his wife, Diouf began to insult everyone in his path.

So he went in the toilet of the restaurant, he shakes anew a man called Thierry who suddenly saw red. With the help of a friend, they thrashed the Leeds striker in the toilet, before fleeing. The bodyguards of Diouf have arrived a bit too late.

The holidays of Diouf in Senegal started well. His true doubtful departure for the AS Kaloum is now forgotten.