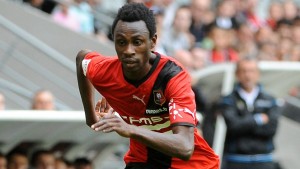 Was Jonathan Pitroipa living his last hours in Rennes? Arrived at Stade Rennais in summer 2011, the Burkinabe striker is on the papers of several formations including Olympique de Marseille, says sports365.

To believe “several sources,” says the site, the sporting director of OM, José Anigo “reactivated the trail” to the former shareholder of Hamburg SV to compensate for the possible departure of Andre Ayew who has jumped out and Morgan Amalfitano.

Under contract with Rennes until June 2015, Jonathan Pitroipa (27 years) scored seven league goals. His release clause would be 7 million.