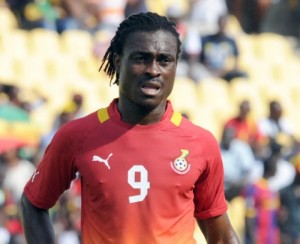 Derek Boateng will play next season in the Premier League. The player confirmed his signing with the English club Fulham.

He is coming from Ukraine where he had terminated his contract with the club of Dnipro Dnipropetrovsk. “I signed a two-year contract with Fulham! I am pleased to see this confirmed agreement. Thank you to God, my family, and all those who supported me, “dropped the Ghanaian on Twitter.

Boateng, 30, has signed last January with the Cottagers. Despite the medical examination successfully passed, the transaction could not be completed.He finally left for Afcon. The former player of Getafe in Spain has also passed through Cologne in Germany and  Panathinaikos in Greece.