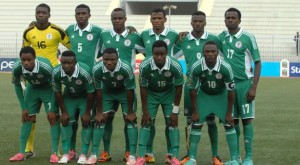 Stephen Keshi claims everything is OK but how the Super Eagles will do? This is the question.

This is a real nightmare for the Super Eagles. First, one the bests, Emmanuel Emenike, had to give up on the team. The African Nations’ Cup joint top-scorer was ruled out of Nigeria’s squad for next month’s Confederations Cup with a knee injury that will keep him out of action until at least July.

Then, Victor Moses has withdrawn from Nigeria’s squad for next month’s World Cup football qualifiers and Confederation Cup tournament while Chelsea team mate John Obi Mikel has asked to be rested for a friendly against Mexico next week, Nigerian Football Federation officials said on Wednesday.

Both players are in the United States with Chelsea this week for friendlies against Manchester City in St Louis and New York.

Moses would miss World Cup qualifiers in Kenya and Namibia on June 5 and June 12 plus the Confederations Cup in Brazil from June 15-30 as the forward sought treatment on recurring hamstring and ankle injuries, said team co-ordinator Emmanuel Attah from Germany where the rest of the Nigeria squad are training.

Midfielder Obi Mikel had asked to be excused from the African champions’ friendly against Mexico in Houston on May 31, saying he wanted to rest after a long season in England, but would be available for the matches in June.

Keshi has decided it is “too late” to call up replacements, which can only mean he will make do with what he has at his disposal. It will probably mean he will rely even more on the 13 locally based players he named in his squad and the likes of Sunday Mba – who scored the Nations’ Cup winner – will have to produce.

Nigeria top African qualifying Group F for next year’s World Cup after three games, ahead of Malawi on goals scored.