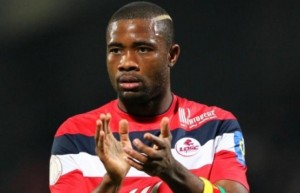 It is no longer a secret.

Aurélien Chedjou plays next season at Galatasaray in the Turkish league this season.

The Cameroonian defender of Lille confirmed the deal yesterday after playing his last game with the Danes. On Monday, he explains his choice on the micro of RMC.

“It’s been 90%. It remains 2-3 details to unveil. Why Galatasaray? Because the club wanted me since December. When I was injured, they called me every day to get my news. It is the small detail that makes the difference. They asked Didier (Drogba) to show me the club, the city … I spoke to all members of the sports sector. I chose this project because it is a family, as Lille. “