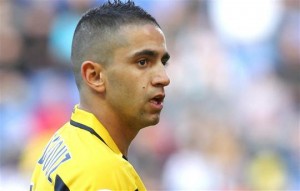 The maintaining now acquired for Sohaux after a difficult and complicated season, some players are looking at their future. Particularly the case of Ryad Boudebouz. The Algerian midfielder spoke on Monday about his future in the show “Luis Attaque” on RMC.

“I rather want to go elsewhere, but I’m still under contract at Sochaux. I still have one year contract. If there is an offer, we will assess it. ”

Boudebouz would focus on tracks in France where Olympique de Marseille has always kept an eye on him.