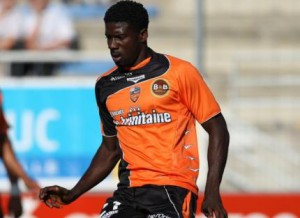 After a season of fiscal restraint, OM should also animate the summer transfer window. The vice-champion of France wants to strengthen its various areas of game. So is announced the likely arrival of the Lorient defender Bruno Ecouele Manga.

As a result, the transfer of Ecuele Manga could be effective only if the pillar of the Marseille defense, Nicolas Nkoulou gets transferred “While Nicolas N’Koulou has not gone, says Yvan Le Mee, I ‘m not sure they go for a very important player in the central defense, “said the agent of the Gabonese international.

In the viewfinder of Barcelona, AC Milan and Chelsea among others, Nicolas Nkoulou concluded the 2012-2013 League 1 season on record.