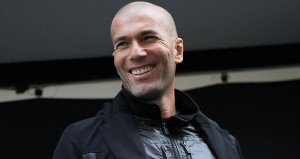 It is now official. Zinedine Zidane is the new strong man of Real Madrid, as announced by club president Florentino Perez on Monday. Announced for several weeks, the former French international will occupy a very strategic role in the recruitment of new players in the Casablanca.

Zidane has a mission over 4 years. Without delay, he should look at the long-awaited recruitment of the Welsh Gareth Bale for who Real is willing to put 60 million Euros. An attacker to replace Higuain on departure is also considered. The names of  Edinson Cavani and Luis Suarez are back more often.

A new coach is also in its specifications. If Ancelotti is very close, Perez says he had not yet made any offer to any coach. But the Spanish press claims on Tuesday that the current coach of PSG would come among the Merengues with as an assistant Fabio Cannavaro, former player of Real.