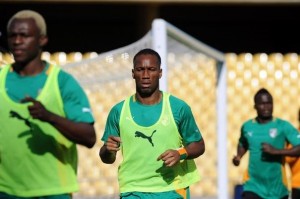 FIF (Ivorian Football Federation) announced on Tuesday a friendly match between the Elephants and Mexico in New York on August 14. A game of prestige which could see the return of Didier Drogba in the selection. Dismissed in the last two groups of the selection, the Galatasaray striker should join his teammates on this occasion.

In recent days, Drogba and coach Sabri Lamouchi put an end to their war. The technician also announced his imminent return. The former Chelsea player has also vindicated his technician, saying he was not really in shape.