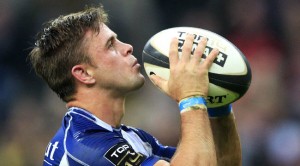 The Brennus Shield would certainly weigh in his decision. Rory Kockott will honor the final year of contract with the champion of France Top 14, Castres Olympique.

The results of the negotiations were ultimately positive for Castres. According to a member of CO reported by RMC Sport, the South African scrum-half, Rory Kockott, overtaken earlier this year by desires elsewhere, announced that he would remain at the club.

The top scorer of the Top 14 will then compete in the Heineken Cup in the colors of Castres next season. The draw held on Wednesday evening placed the champion of France in Group 1.