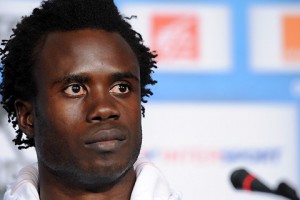 Having entered late in the game against the Angolans, Modou Sougou could not bring the freshness needed for the victory of the Lions of Teranga in Luanda. Both teams ended their relationship on a score of one everywhere at the end of the match. A disappointing result for the midfielder of Marseille.

“We are a bit disappointed with the result, Sougou released on his twitter account. But we are still at the head of the group. “

Senegal is still the leader of group D with six points after four days.