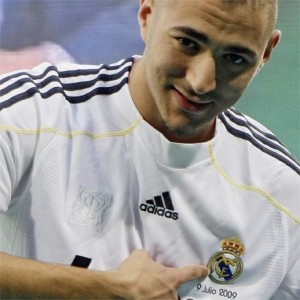 Real Madrid announced Tuesday that Karim Benzema has undergone minor surgery on his right knee on his return from Brazil. Author of a relatively lackluster season compared to the previous one, the tricolor striker seems to remain in Madrid next season. Anyway the Algerian original desires to continue his adventure with the Casa Blanca.

Asked by Marca, he took stock of the season that just ended. “It was not a great season for Real. We always want to win titles and this year we have not won the league or cup or C1. We won the Super Cup against Barcelona but for a club like ours, it is not enough. I hope that the next will be best “, he released.

“Playing with Madrid makes me very happy, I love putting on this jersey so at this level I can say that I’m happy. About my stats, my season was not like the previous. A year ago, I finished with 30 goals and this year, I am with 20, but it does not matter. I will continue to work hard to try to make things better. “

He confirmed that there was no chance to see him going. “If I will stay in Madrid? Of course I stay! I’m happy at Real and I have no intention of leaving, he said in Marca. If the possible arrival of a competitor to my post scares me? No, not at all. “