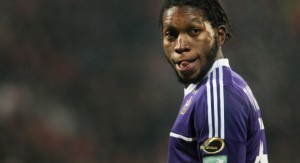 At this level, you really need to do it! Unbelievable but true! Dieumerci Mbokani has not played the playoffs meeting with the Democratic Republic of Congo for the 2014 World Cup against Libya. – O-O

The Flemish daily Gazet Van Antwerpen found that the Anderlecht striker had no visa! Or at least his visa was not issued on time by the Libyan authorities.

Dieumerci had been given the green light only 24 hours before the start of the match. Obviously too late to get in due time in Tripoli.

Mbokani today joined the training camp of the DRC and will face Cameroon in Kinshasa on Sunday!