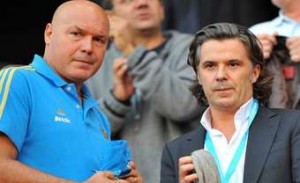 Olympique de Marseille has been on several fronts this season. Second surprise of the 2012-2013 fiscal L1, OM has also fueled the media with its sulfurous sporting director, Jose Anigo.

The man did not take long to jump into the fray to fuel controversy. An image that the president of the club, Vincent Labrune, yet recognized for his qualities in communication, fails to polish.

“The image problem, he says in an interview in Paris, I told him about it in the summer of 2009. And getting to know him, I told him: “Jose, you should do a job, because there is a mismatch between the media perception that you give of yourself, and me, for what i see of you.” He works on it, but there are labels that are stuck and are sometimes hard to undo. What can I do? I’m not a magician. “