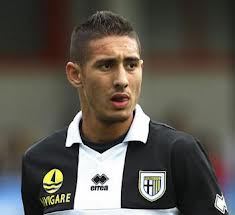 To believe the Italian daily, the Nerazzurri and Parma have agreed on an exchange between Antonio Cassano and the young Algerian. The Inter president, Massimo Moratti acknowledged that he had already opened negotiations with the Parma striker. “We are negotiating,” said Moratti.
“He is a player we are trying to recruit. I like Belfodil a lot; he could become the new Benzema. He and Icardi (Sampdoria) are young players already very strong. We’ll see if the deal will go with Parma by including Cassano and Silvestre in exchange. There is an ongoing negotiation with Parma but nothing is concluded”, said president Massimo Moratti as reported by La Gazzetta dello Sport relayed by the 10 sports.
The 21-year-old joined Parma last summer from Lyon. Author of a great season, Belfodil scored 8 goals in 33 games in Serie A in his first season, the Algerian is considered by the President of the Lombard Club, as an excellent reinforcement to move to the tops and challenge the tenors in the fight for the Scudetto.