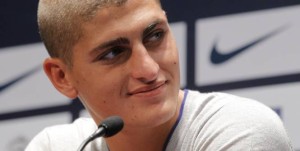 As Africa Top Sports.com reported, the departure of Carlo Ancolotti would be officially recorded but PSG must now choose between two great names of football. This morning the track of Fabio Capello who is the coach of the Russian team is insistently back. He said, he will take office before the World Cup 2014. But…

He had this little sentence: “In life, you should never say “never”

Fabio Capello is 67 years old. It is said that his son, Pierfilippo, a lawyer, is expected Wednesday in Paris to negotiate the details of his father’s arrival with Leonardo, the Parisian sports director.

One thing is certain, Zlatan who decided to stay one more year at PSG enjoys the arrival of Fabio Capello. They played together during his time at Juventus (2004-06). The Swedish appreciates Capello. “There are a lot of great coaches. The one who impressed me the most, who gave me more confidence and made me progress is Fabio Capello. “

Another player, Marco Verratti (20 years has publicly confided that he also expected Capello: “For me, Capello would be perfect. He is a coach that has marked the history of the Italian football. I would be very happy. But I have a lot to Ancelotti that I want to thank. “