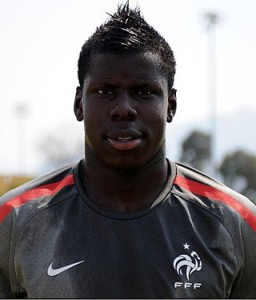 Kurt Zouma prepares the World Cup under 20 years with the team of France.

The competition will be held in Turkey from June 21 to July 13.

The young defender of AS Saint-Etienne was out through injury in the last preparation game Blueberries against Colombia (2-2). More fear than harm, the Franco-Central African just suffers from a mini injury at his left knee. He will be operational for the World Cup Under-20 years.
Asked by Sport24.com the Etienne player returned to his season with the Greens. He referred to the competition that he is about to tackle. Especially Zouma dreams of beating Spain.
“I had a lot of things this season. Good and bad. I had my share of injuries. I suddenly learned to play, but also not to play and it allowed me to pass a course on the mental scale. “

“I must be more vigilant on my investment, be concentrated at certain times. But I’m still young. I already know that nothing is guaranteed and that always work. “

“Spain? Yes, this will be the team to beat. It plays a good football, it keeps very well, but we know what we have to do to disrupt them. Sure we hear about them, but at the same time, they deserve it. Now we have talented players in our team with a quality group. It will be a great opportunity to show them that we too are present. And most importantly, we will try to make them understand that they cannot always win everything forever. “