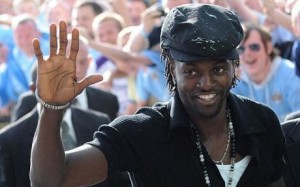 Rumors abound during the transfer period. The latest is the likely departure of the Hawks of Togo captain Emmanuel Adebayor to Turkey. According to Fanatik, resumed by the United transferts.com, the former Manchester City striker interested Fenerbahçe.

Under contract with Tottenham, the Togolese striker scored only eight goals this season unlike the previous, where he showed impressive with 18 goals.

Emmanuel Adebayor Sheyi is concentrated on the foundation he will launch on June 30 in Lome (Togo) during a concert that will bring together artists of Togo and elsewhere.