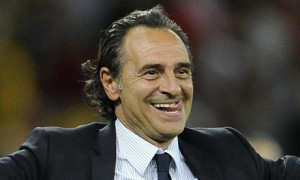 Italy was beaten four goals to two yesterday by Brazil in Confederations Cup. – Review the goals –

Cesare Prandelli, the Italian coach, recognizes that Brazil is well equipped at a few months to its World Cup: “Brazil is very strong and prevented us from playing our game in the first period. We were a little apprehensive, and should not be against Brazil. We should have played longer. In the second half we managed to find the depth and the team performed well. We did send up a bit Diamanti and Giaccherini and it worked better. I am very happy and satisfied because the team responded, sought to return to the score and make life difficult to Brazil. I’ve seen progress in Brazil, with four players in attack who can always be decisive, and I think they can still improve. With Spain, it is the strongest team. Of the eight goals conceded in three games, I have no worries. This is a special tournament we they can find our way and progress. If we analyze the goals conceded, many were scored on free kicks or errors on our part, and also of course because of the quality of our opponents. “