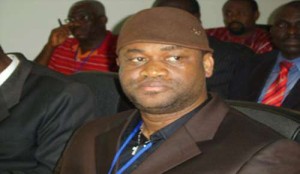 Didier Six has resigned as coach of Togo. The French coach has released the information on a local radio and has even submitted a letter of resignation to the Togolese Football Federation.

Since then, the FTF has not ruled on the issue. Has the letter been received by the Secretariat of the body? has President Gabriel Ameyi seen the letter from Didier Six? Who will be the next boss of the Hawks? These are the questions asked by the Togolese public.

Laxity and lack of communication of the FTF

The lack of communication is one of the points that the Togolese football’s observers grudge to the Togolese Federation. Since the resignation of Didier Six, the Togolese Federation has not communicated around. No statements, no press releases, no information on the official website of the instance to notify the resignation. Has the letter been secretly kept by a member of the body? For what purpose? And yet, the federation had posted its disenchantment vis-à-vis the technician who reviews repeatedly convened lists. The negotiations are already underway to recruit a new coach? For the moment the FTF is still in an indescribable silence.