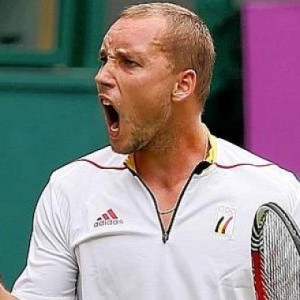 Steve Darcis creates huge surprise for the first day of Wimbledon. The Belgian, 135th ATP player gave a lesson to Rafael Nadal. The Spanish two-time winner on the turf of London (2008, 2010) missed his opponent. After 2 hours 56 minutes and a carefully negotiated break, Darcis grazed the Manacor Taurus with the weed. A win in three sets 7/6, 7/6, 6/4.

Fifth player in the world, Nadal was pushed to the decisive games in the first two sets by his opponent. Stronger in the tie-break, Steve Darcis knocks twice the Spaniard 7-0. The eight-time winner of Roland Garros loses his game in the third set of input service. This is the first time in his career he was eliminated in the first round of a Grand Slam. 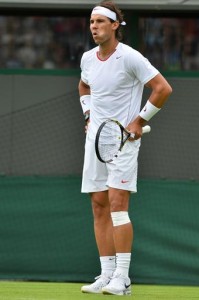 Eliminating Nadal removes an important figure from the table of Tsonga who qualified for the second round as Roger Ferderer. The other headliner who was taken out of the table, Andy Murray also qualified. The British finalist in the previous edition, defeated in three sets the German Benjamin Becker 6/4, 6/3, 6/2