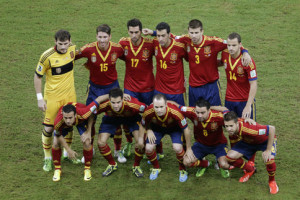 Relations between the Brazilian press and the Spanish national team, seems to be deteriorating day by day during the Confederations Cup being hosted by Brazil.

In fact, according to Estadão footmercato relayed by some players of the team would have liked to celebrate the victory against Nigeria by raising some of the girls in their hotel. Something refused by school manager. Dissatisfied, they have responded by degrading the material.

The Spanish press had leapt to defend the stars of their national team on the revelations of Globoesporte. If revelation of Estadão is true, this case will make people talk of the world champions.