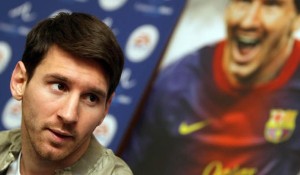 Currently in Dakar, Senegal, Lionel Messi is suspected of tax evasion by the Spanish courts.

The Barcelona striker and his father also were indicted in this case a few days ago.
According to the Spanish newspaper El Mundo, the Argentine prodigy is currently negotiating an agreement with the Spanish government to avoid prosecution.

To believe the newspaper, Messi and his father had agreed to pay a fine of 15 million to avoid trial.
Accused of embezzling over $ 4 million for his image rights received between 2007 and 2009, the Messi family recently paid 10 million Euros. The two men were indicted and were to appear on September 17.