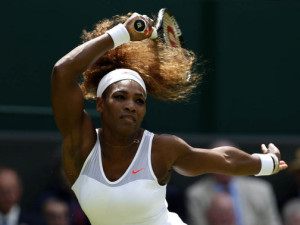 Serena Williams makes her way on the grass of Wimbledon. The World No. 1 has consistently dominated the French Caroline Garcia in the second round of the tournament. The young French who hoped a rematch of Roland Garros starts the game with a shutout on his service, but it was not enough to destabilize the defending champion who won with 6/3, 6/2 1h 07.

The American will cross the racket against, the oldest player in the Open era to reach the third round, the Japanese Kimiko Date-Krumm (42 years), femme fatale of the Romanian Alexandra Cadantu, 6/4, 7/5.

The second day of the second round of Wimbledon has so far given no surprise.

Samata Stasur [N.14] passes the obstacle Olga Puchkova in two sets 6/2, 6/2. The Australian crosses the racket against the seeded No. 23 Sabine Lisicki, winner of Elena Vesnina 6/3, 6/1.