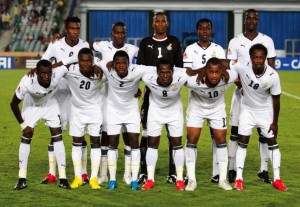 Ghana has finally qualified for the knockout stages of the World Cup less than 20 years after finishing among the four best third in the competition.

The Black Starlet who occupied the third place behind Spain (9 points) and France (4 points) in a very tough group A, compete on July 3 from 16 am in Kayseri against Portugal, leader of Pool B .

The victory on Saturday of Egypt 2-0 against England allowed the coach Sellas Tetey and his foals to continue the competition.

The Pharaohs of Egypt and the Eaglets of Mali, other representatives of the continent are eliminated from the championship.