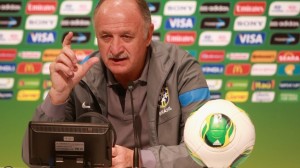 A year to its World Cup, Brazil of Luiz Felipe Scolari is reassuring. The Selecao led by Neymar voted best player of the FIFA Confederations Cup, got rid of Spain in the final, 3-0, to the great satisfaction of the coach “I cannot feel better. A positive result was already wonderful, with the 3-0 is even better. The performance was important for us to continue to dream of being world champions. Beyond our qualities, supporters, the people were the key. It is important that this union continues, “Said Scolari.

Although Brazil has inflicted to Spain, the European double champion and reigning world champion, its first loss since 2009 (editor’s note, semi-final of the Confederations Cup against the USA [0-2]), Scolari is careful to place his group among the best teams in the world “We are not yet a complete enough team to say we are one of the best teams in the world. We begin the path to having a team in 2014 that can compete with the best. “