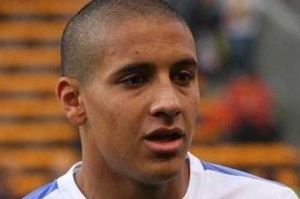 Wahbi Khazri seems wanting to leave Corsica to take the destination of Forez. The Tunisian has chosen to continue his career in St. Etienne. Bastia well has said that the Tunisian international will be in Corsica next season, the latter seems to have other plans. The midfielder wants to live in the atmosphere of the Chaudron.

RMC indeed announces that Eagle of Carthage refused offers from Nice and Parma and he would have agreed with the ASSE. According to Le Progrès, Christophe Galtier confirmed that the 22-year-old had agreed to join the Greens this summer. The leaders of the ASSE must now agree with those of Bastia on the transfer fee to be paid.
The young midfielder of Bastia to who it remains two-year contract is expected to visit the Forez in the week after the two clubs will be heard on the amount of the transfer. In his contract appears a output close of less than 1.5 million euros. The Greens should make a formal offer to Bastia in the coming hours.