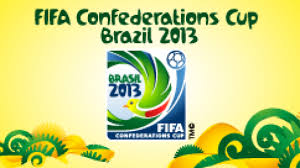 FIFA invited visitors to its page to elect the eleven type of the recent Confederations Cup after the stunning victory of Brazil against Spain in the final. – 3 goals to 0 –

The Dream Team of the internet users is mostly made up of the two finalists with seven players from the Selecao. Only Italy’s Andrea Pirlo has found a place in this team-type, whose coach is the Brazilian, Scolari.