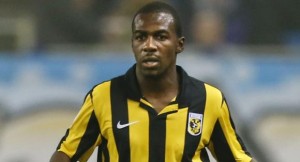 Barred at his position by compelling players in Chelsea such as Hazard, Mata and Oscar, Gael Kakuta should not remain on the side of Stamford Bridge this season. Lent in 2012-2013, the Franco-Congolese who is still under contract at Chelsea until 2016, should again be loaned for the coming season.
After a spell at Fulham, Bolton and Dijon, the French hope was loaned last season to Vitesse Arnhem where he played 22 league games.
The French apparently convinced the Dutch leaders since according to L’Equipe, he should be re-lent to the Dutch D1 club next season. Trained at Lens, Gael Kakuta is linked to Chelsea until 2016.