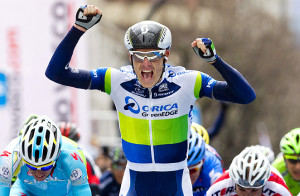 This is the feeling of the day. The South African Daryl Impey, already second in the Tuesday, has recovered this Thursday the yellow jersey of the Tour de France after stage 6. This is the first time an African cyclist assumes the leader’s jersey in the Tour.

For the stage of today which was run between Aix-en-Provencein Montpellier, it is the German Andre Greipel who won the sprint race. He beat the Slovak Peter Sagan, second for the third time – and Marcel Kittel. Greipel signs his fifth successful in his career on the Tour, the first this year.

In general, Impey (Orica GreenEdge), the 13th of the stage of the day, is ahead of his teammate Simon Gerrans.